Daqin Electromechanical Qin Yanchang: the heart and the standard go all over the world

He is an uncompromisingly successful person and a drafter of national and industry standards; his company is a leader in the two industries of smart safety and environmental health; he is engaged in contracting, opening restaurants, and making A business, running a life, always starts with success and ends with success - what is the secret of his success? The answer is simple and profound, that is, he has a unique standard in his heart for dealing with people: lectures do not strive for profit!

He is an uncompromisingly successful person and a drafter of national and industry standards; his company is a leader in the two industries of smart safety and environmental health; he is engaged in contracting, opening restaurants, and making A business, running a life, always starts with success and ends with success - what is the secret of his success? The answer is simple and profound, that is, he has a unique standard in his heart for dealing with people: lectures do not strive for profit!

He is an uncompromisingly successful person——

In 1995, he became a senior engineer of thermal gas; in November 2001, he was named "Advanced Individual for Helping the Disabled and Poverty Alleviation in Shandong Province"; Name: ZL01243641.0); in November 2005, won the "Shandong Province Science and Technology Progress Award"; in 2007, the winner of the May 1st Labor Medal in Jinan; in 2009, won the "Excellent Trade Union Worker in Changqing District, Jinan"; 2010 In February 2010, he was elected as the executive vice president and secretary general of Jinan Social Welfare Entrepreneurs Association; in November 2010, he became a "senior member of China Metrology and Testing Society"; in November 2011, he was elected as the 16th session of Changqing District, Jinan Delegate to the National People's Congress; in 2011, he was awarded "Jinan Outstanding Social Welfare Enterprise Manager"; in 2012, he became a member of the National Environmental Chemical Metrology Technical Committee; in 2013, he was awarded the "Excellent People's Congress Delegate of Changqing District, Jinan"; 2014 April In March, he became the appointee of the National Environmental Chemical Metrology Technical Committee to collect and investigate the operation of relevant metrology regulations and the basis of regulations for the "13th Five-Year Plan" plan... 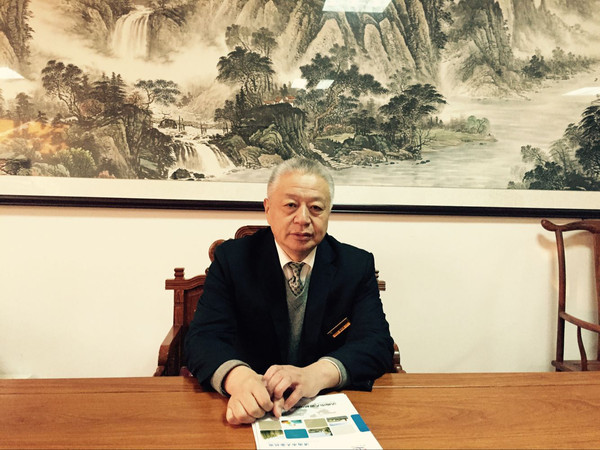 He is also a drafter of national industry standards——

It has passed the three-system certification of quality management system, occupational health and safety management system, and environmental management system, passed the second-level review of safety production standardization, and passed the inspection and acceptance of cleaner production. In 2014, it became a high-tech enterprise in Shandong Province and a project in Jinan City. Technology Research Center, ;A total of 6 patents have been obtained, including 2 invention patents and 4 utility model patents, 17 trademarks have been successfully registered, and more than 20 trademarks have been applied for in the review process; it is particularly worth mentioning Yes, the ozone standard measurement device jointly developed with the China Institute of Metrology has filled the gap in the industry. The gas detection and verification device has advanced technology and reliable quality. It has been used by dozens of measurement institutes across the country and has been well received. Among them, high-concentration ozone Its measurement technology has reached the international leading level, and it is the only technology in the country that meets international standards for environmental stoichiometric technology... 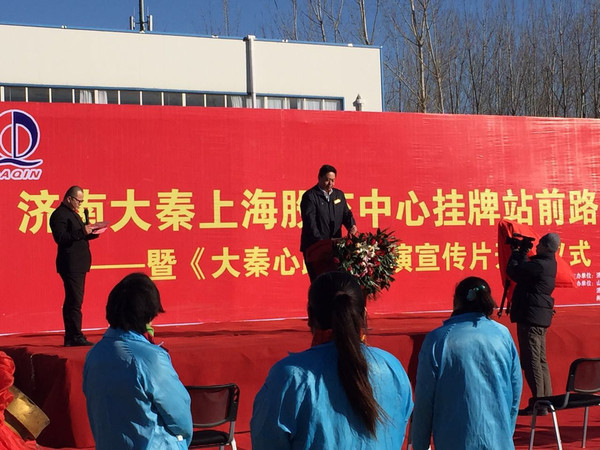 This bright and dignified Shandong man is the chairman of Jinan Daqin Electromechanical Equipment Co., Ltd., the secretary of the Party Committee of Jinan Changqing Computer Application Company, and the chairman of Hubei Daqin Xiangyuan Municipal Gas Engineering Co., Ltd. --.

It's family style, righteousness goes around the world

Qin Yanchang, who is nearly 60 years old, graduated from Shandong University in 1982 with a bachelor's degree in economics. He is currently a member of the National Environmental Chemical Metrology Technical Committee, an executive director of China Town Gas Association, a director of China Chlor-Alkali Association, and a senior member of China Metrology and Testing Society. It can be said that Qin Yanchang and his company are pioneers of industry standards, setters of national standards, and leaders of international standards. So, what is the secret of Qin Yanchang's ability to develop industry standards, formulate national standards, lead international standards, and create brilliance? In fact, the brilliant halo above his head has already deciphered all this: in business, he is pioneering and innovative; As a person, he is low-key, diligent and thrifty, helping those in need. One of his simple and ordinary words interprets the original profound truth: our family always pays attention to loyalty and does not compete with others for profit. It turned out that in the depths of Qin Yanchang's heart, there was a word "righteousness" at the head. The reason why the Daqin standard is practiced in the world is that "righteousness is practiced in the world"!

Qin Yanchang's deceased old father was an anti-Japanese guerrilla member of Xintai and an old party member who joined the party in 1947. He is an honest man and dares to tell the truth. Before he was transferred to Changqing County in Jinan in 1960, the old man was the deputy secretary of Sun Village Commune in Xinwen County. Until his retirement in the 1980s more than 20 years later, his old man was still at the rank of deputy secretary of the commune, and his salary not only did not increase, but got lower and lower. The reason for this is due to his integrity, truth-telling and loyalty, and not competing for profit with others. Qin Yanchang's style of doing things is the inheritance of his father's genes, and there is no variation at all. Coupled with five years of training in the barracks, Qin Yanchang is even more righteous when he encounters troubles, and he moves forward bravely! 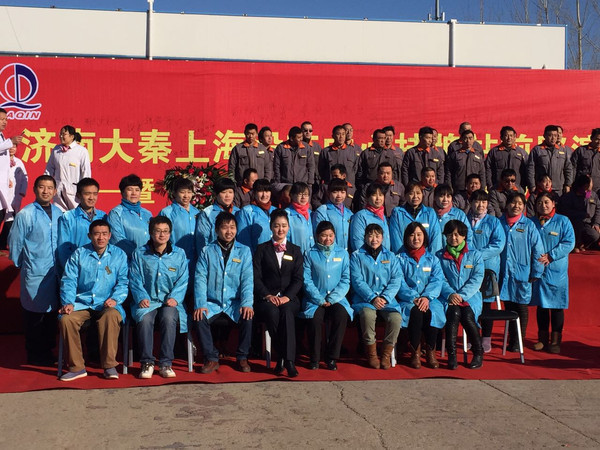 He is an old man, not competing for profit with his peers

In 1985, Qin Yanchang, who had been discharged from the army for four years, was assigned to the county film company and served as a member of the general branch of the Cultural Bureau, in charge of sideline operations. At that time, he took the lead in contracting the company's refrigeration room and making sorbets. Because he suffers first and pays later, the company's sideline business is booming. Not only that, he also explored and learned the maintenance of refrigeration equipment by using the skills of barrack construction and car driving accumulated in the army.

In 1987, Qin Yanchang took leave of absence without pay, managed his business diligently, and managed the family diligently. He successfully established two hotels, Changsheng and Changhua. One of them operated until 2002, but had to close because he was busy taking care of his seriously ill old father. During this period, he abandoned the bad habit of "peers are enemies" and did not compete for profit with peers. As long as there was a fault in the refrigeration equipment of hotels and restaurants, he would ask him to repair them, no matter who he was, he would never refuse. He was busy during the day and could not do without, so he would go at night to ensure that he would be cured, but he would not charge a penny. Colleagues affectionately called him "old senior".

Is the big brother, does not compete with brothers for profit

In 1992, Qin Yanchang's younger brother was excluded from an electrical and electronic factory, and his future was lost. As the eldest brother, Qin Yanchang was anxious in his eyes. He resolutely took out his savings for many years, independently invested with his younger brother and others to establish a social welfare enterprise, Jinan Changqing Computer Application Company, and successively recruited more than 90 disabled people to produce computer black and white monitors. Due to the wrong product, the company lost nearly 2 million yuan in four years. Good man rewarded. When Qin Yanchang was at a loss, an old friend introduced him to the national scientific research project undertaken by the former Jinan Radio No. 2 Factory - the combustible gas alarm. The company has turned losses into profits in one fell swoop and is thriving.

In 2002, Jinan Changqing Computer Application Company, whose net assets had reached 8 million yuan, underwent a share reform. Qin Yanchang did not seek profit because he was the only investor, and only got 18% of the equity. In 2013, Qin Yanchang transferred all the shares in his hands to his younger brother, making his younger brother hold 90%, and completely entrusted his younger brother with the company he created. In fact, as the eldest brother, Qin Yanchang sincerely hopes that his younger brother can do a good job in the business, and the reason is not only because of brotherhood, "there are dozens of disabled brothers and sisters who need to eat in the second child, and they have social responsibility... "

Is an old leader, not competing with employees for profit

In order to let his younger brother build the enterprise independently, in 1999, Qin Yanchang expanded his territory and invested in Jinan Daqin Electromechanical Equipment Co., Ltd. to produce the downstream products of combustible gas alarms - gas solenoid valve series, etc. Due to the marketable products, the company continues to grow and develop into a high-tech enterprise integrating research, production, sales and service, specializing in the research and development of gas transmission and distribution, safety and control equipment.

During this period, more than 20 old employees of their own left the company one after another, and set up another mountain to produce the same product combustible gas alarm. Qin Yanchang, however, still got along with them and encouraged them to be bosses, to do a good job in business and careers. He believes that "employees leave to work alone, because we are not doing enough, forcing us to innovate; in addition, with the continuous promotion and utilization of natural gas, the market gap is very large, enough for everyone to eat together."

"I want to ask them for a drink, a phone call, good wine and good food to serve," Qin Yanchang said confidently. In fact, the chief financial officer and executive vice president around him are also his old subordinates, and they all run their own businesses, but they still revolve around the "old leaders" willingly.

It is old Shandong, and lectures do not strive for profit

Twelve years ago, Qin Yanchang and a friend in the industry visited Jiayu County, Hubei Province, and happened to catch up with the gas company in that county to put it up for auction. "Old Qin, the price is not much, have you bought it?" A joke from a friend, Qin Yanchang set up the current Hubei Daqin Xiangyuan Municipal Gas Engineering Co., Ltd. at a cost of 900,000 yuan.

Twelve years later, Hubei Daqin Xiangyuan Municipal Gas Engineering Co., Ltd. has established a good reputation locally, which has won glory for Qin Yanchang and Shandong people. In 2013, the local credit cooperative took the initiative to lend 12 million yuan to Qin Yanchang, paid back 4 million yuan in two years, and still had 8 million yuan not due. Not long ago, the president of a large local bank came to the door and said, "Old Shandong, you paid the credit union with interest, and I will grant you a credit of 30 million yuan. Qin Yanchang said, "That's not good. No matter how much you offer, I can't do it. I can't lose my credit!" The president gave a thumbs up helplessly.

This is Qin Yanchang, contracting, opening a restaurant, running a business, and running a life. He always starts with success and ends with success. The secret of his success is simple and profound, that is, he has an iron law in his heart: Lecture Notes No profit!

Daqin Electromechanical Qin Yanchang: the heart and the standard go all over the world

The drafting meeting of the national standard for "Ozone Calibration Analyzer" organized and participated by Jinan Daqin Electromechanical Equipment Co., Ltd. has begun!